There’s been something in the air here in New York that’s hard to put into words.   With the cool mornings, perfect for a run along the East River, turning into sun drenched afternoons ideal for exploring, that make way for perfectly crisp nights dining out.  When all you need is a light jacket to wander through the streets of the East Village, lined with red and yellow leaves and leftover Halloween decorations.  Where every restaurant has pumpkin on the menu and every coffee shop has spiced apple cider for sale.  It’s been nothing short of perfection.  I’ve never seen so many posts on Instagram or Facebook documenting weekend outings to orchards for apple picking and apple cider tastings and comments on how perfect the weather has been. 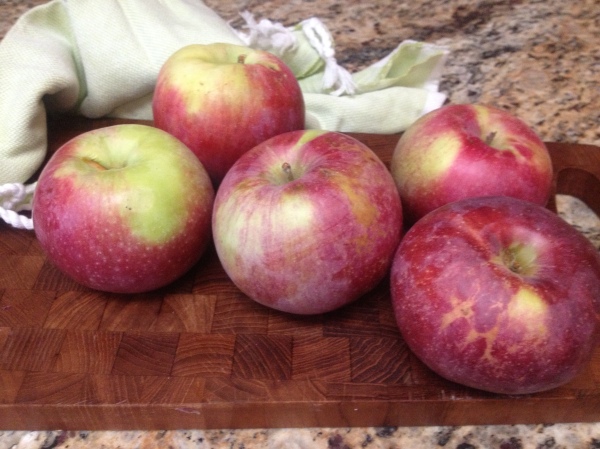 Seriously, when did New Yorkers become so wholesome?  Maybe it has something to do with the fact that right around this time last year, New York had just been devastated by Hurricane Sandy, and a trip through the East Village meant climbing over uprooted trees and broken sidewalks, meandering around misplaced cars that had been picked up by the rushing water and displaced onto curbs, and gawking at the massive amount of destruction and devastation that hit the people of New York.

But New Yorkers are resilient:  southern Manhattan has been restored, Coney Island has been rebuilt, and the New York Marathoners proudly ran over the Verrazano bridge by way of Staten Island.  Thankfully, a year later, we’ve been blessed with a string of beautiful weekends to celebrate fall the way we should have been able to last year.  And New Yorkers are embracing it in full force.

Being a proud New Yorker myself, I took part in the celebration of fall with a trip to an apple orchard.  I filled up a bag weighing over 20 pounds with fresh and delicious Macintosh, Cortland, Pink Lady and Golden Delicious apples while my mind raced with lists of apple recipes. My absolute favorite apple dish is homemade apple crisp, where there’s just as much crisp as there is apple.  My dad would make this almost every fall growing up and I have fond memories linking sweet apple crisp with Buck County foliage and wood burning fireplaces.  I love the combination of brown sugar, cinnamon and apples, this recipe just lives, breaths and smells like fall.   Not to mention, Apple Crisp is so easy to make, it gives you extra time to spend outdoors while this weather lasts.

Serves 6-8 people
Adapted from Delicious In a Dash
Note: Most recipes for Apple Crisp call for lemon juice instead of orange juice as the liquid.  And I’ve always found that a bit odd, I don’t particularly like the combination of lemon and apple.  I think this stems from watching my dad in the kitchen, who always used orange juice in his apple pies and apple crisps (and makes the absolute best desserts).  So when my dad says orange juice, not lemon juice, I listen.  And my taste testers thank me.  If you prefer lemon in your crisps, feel free to switch it up.  You can also sub the nuts for any kind you have on hand, walnuts, hazlenuts, or almonds would all work well.

In a medium bowl, mix together the apples, cinnamon, nutmeg, chives and orange juice.

In a small saucepan, add the sugar, molasses, butter and maple syrup.  Heat on low until butter is melted.  Remove from heat and add the vanilla.

In a large bowl, whisk together the flour, oats, brown sugar, spices and salt.  With your hands (or the knife and fork method) work the butter (leaving 1 tablespoon for topping) into the flour-oat mixture until it resembles course cornmeal – make sure not to overwork.  Stir in the pecans until just incorporated.

Pour the topping over the apples so that they are covered evenly.  Dot the top of the crisp with the remaining 1 tablespoon over butter.

Place the pan on a baking sheet in case the apples bubble over.  Bake for 40-50 minutes, until apples are tender and topping is lightly browned.

Allow to cool for 10 minutes.  Serve with your favorite vanilla ice cream.