There has been an overwhelming obsession with doughnuts lately here in New York.  They are everywhere, in popup bakeries, on fancy restaurant dessert menus, in coffee shops, not to mention a certain “donut” shop (seriously, they don’t even spell it right) which now dominates Manhattan and Brooklyn real estate.  Doughnuts are now even being turned into French fusions, with the creation of the cronut (don’t get me started).  So seriously, what is the obsession with the doughnut?  I think the answer might be obvious, it’s fried dough. 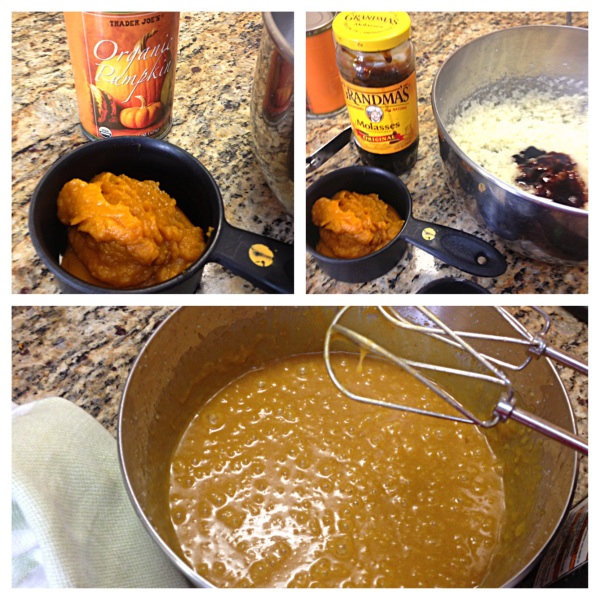 And what is not to love about delicious fried dough?  Alright, maybe the whole high in fat, high in calorie thing , but we don’t really worry too much that over here at Cassie’s Kitchen.  It’s all about moderation, right people??  Have that chocolate chip cookie if you want it, just make sure you don’t eat ten of them.  But aside from diet factors, there’s really nothing to hate on heavenly fried dough dipped in sugar and covered in glaze.  It’s as close to perfection as you get.  But when it comes to making fried dough, I run into some issues.  Actually, really just one issue – hot, splattering oil in your kitchen.  It’s terrifying.

I usually try to be adventurous in the kitchen, but have yet to tackle frying anything for the simple fear of splattering oil.  So until now, doughnuts, or anything fried for that matter has been off limits in my kitchen.  But then I had a revelation after seeing a recipe on Joy the Baker for baked doughnuts! I never knew this existed! By swapping the terrifying hot oil for a simple non-stick doughnut pan, you get all the goodness of a doughnut without the mess, (or the added fat and calories from frying).  And oh my god, it’s pumpkin season (I’ve been sort of obsessed lately).  Baked pumpkin doughnuts, amazing!  Seroiusly, invest in this pan.  It will pay you back in Dunkin Donut runs with just one use, and the doughnuts are so much better, even without the frying.

Makes about 18 doughnuts or 4 dozen “doughnut holes”
Note: This recipe requires a doughnut pan to make the traditional style doughnut.  They can be bought on amazon, or most home good stores these days.  If you don’t have a doughnut pan, don’t be deterred from making this recipe.  You can use a mini-muffin pan, fill them 3/4 full and they will resemble the popular doughnut holes.

Preheat oven to 350 degrees Fahrenheit.  Butter or spray with non-stick spray a 6 cavity doughnut pan (like this) or a mini-muffin pan.

In a medium bowl, whisk together the flour, baking powder, salt and spices. Set aside.

In a large bowl, beat the melted butter, sugar and molasses until smooth.  Beat in the eggs and vanilla extract. On low speed, beat in the pumpkin until incorporated.  Mix in the dry ingredients on low speed until fully mixed.

Fill each cavity of the doughnut pan 3/4 of the way full.   Bake for 12-15 minutes until doughnuts are slightly golden brown.  Allow to cool for 5 minutes before glazing.

In a small saucepan, heat the butter until it melts over medium heat.   Cook until it turns light brown, be careful not to burn.  Sift the powdered sugar into a medium bowl. Add the melted brown butter and vanilla and beat with an electric mixer until mixed, 1-2 minutes.  It will look lumpy, but don’t worry, it will come together when you add the liquids.  Add the maple syrup and mix on high speed until glaze is smooth.  Add the apple cider, 1 teaspoon at a time, until the glaze is to the consistency of your liking.  If you want the glaze to be thick to just cover the top of your doughnuts, use less apple cider.  If you want it to be a thin glaze that covers the whole donut (similar to the consistency of a glazed donut at Dunkin) use more apple cider.

After the doughnuts have been resting for 5 minutes and still slightly warm, dip them in the glaze on the top and the bottom, and use a knife to cover the sides.  Allow to cool, and enjoy with some warm apple cider. Happy Fall!