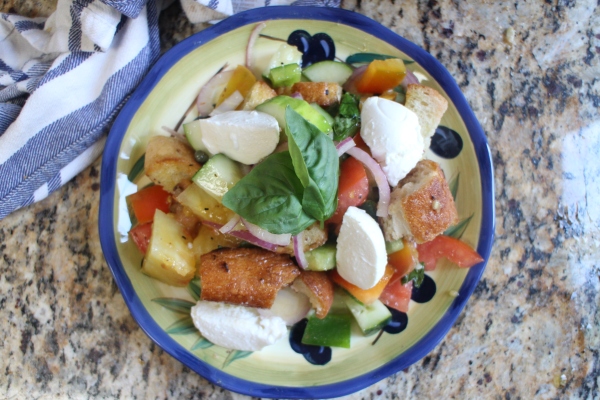 I realized that I haven’t been writing nearly enough about my summer CSA and I need to immediately change that. My kitchen has been overflowing with ripe, local, and absolutely delicious produce all summer long, and it’s been glorious. I think it’s about time I share some more recipes with you! You might remember the kohlrabi and summer squash fritters I made at the start of the summer, which included some main ingredients from my CSA. But I’ve been chopping and cooking so much more than that – I unfortunately just haven’t been the best at documenting the process with pictures! This week I vowed to change that, especially now that we’re starting to receive mouthwatering, sweet heirloom tomatoes in the crop. 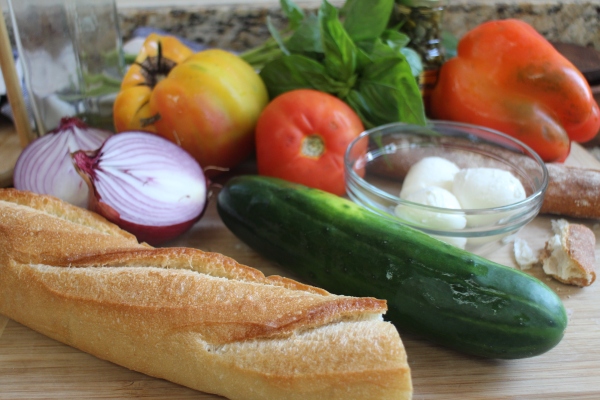 I think tomatoes can sometimes get a bad rap – and you know what – sadly sometimes they deserve it. The tasteless, watery, mushy tomatoes you get from the grocery store are the absolute worst, especially out of season. But they’re so red! They’re on the vine! They look so plump and delicious – how could they be bad? What a lot of people don’t know is that although these tomatoes come to the store on the vine, most likely they were picked way before they were actually ripe, sprayed with chemicals to make them appear red, then transported thousands of miles to arrive at your local grocery superstore. It is such a shame! If you’ve tasted a vine-ripened, locally grown tomato you will absolutely know the difference, and you will never be able to go back to the flavorless mush. 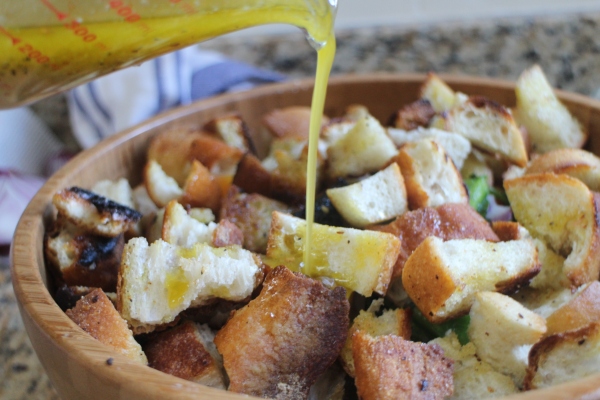 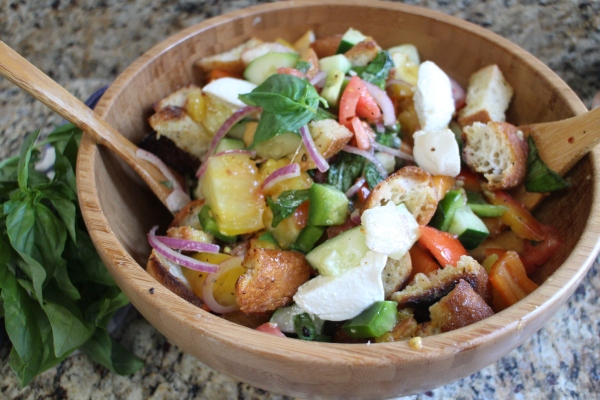 Lucky for us, tomatoes are at their prime! Farmers markets are exploding with a gorgeous tomato crop this year, and I’ve been taking full advantage of it. Now is the time to head to your local farmers market and stock up on those real, vine-ripened tomatoes. Your tastebuds will absolutely thank you. 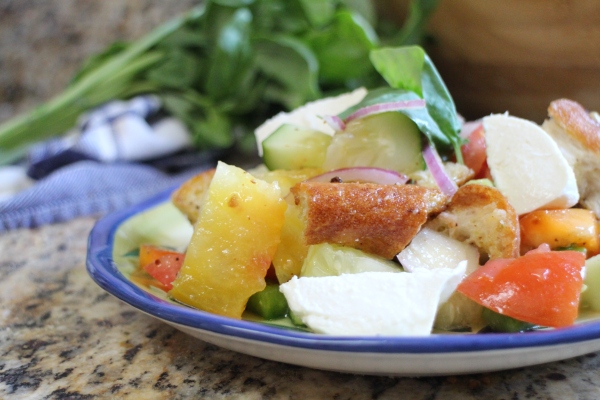 Note: Do you still want tasty tomatoes year round? It’s time to start canning! Tomatoes are actually in season for only a few short months, but you can keep the flavor year round by canning and preserving them. Canning is super simple and is a fun activity to do with your family. (Not to mention canned fruit and vegetables make for wonderful gifts during the holiday season! If you don’t have the time (or desire) to can at home, many local farms actually can a lot of their leftover harvests, and you can stock up on them at farmers markets.

For the vinaigrette: Whisk all of the ingredients together. Add more salt and pepper if needed.

For the salad: Heat the olive oil in a large sauté. Add the bread and salt and cook over low to medium heat, tossing frequently, for about 10 minutes or until toasted and brown. Add more oil if needed. Remove from heat and set aside.

In a large bowl, combine the tomatoes, cucumber, peppers, red onion, basil, capers, olives and Bocconcini. Add the bread cubes and toss with the vinaigrette. Season liberally with salt and pepper, and more pepper flakes if desired. Allow to sit for about a half hour for the flavors to blend.  Salad is best eaten day of.

One thought on “Panzanella Salad with Heirloom Tomatoes and Bocconcini”